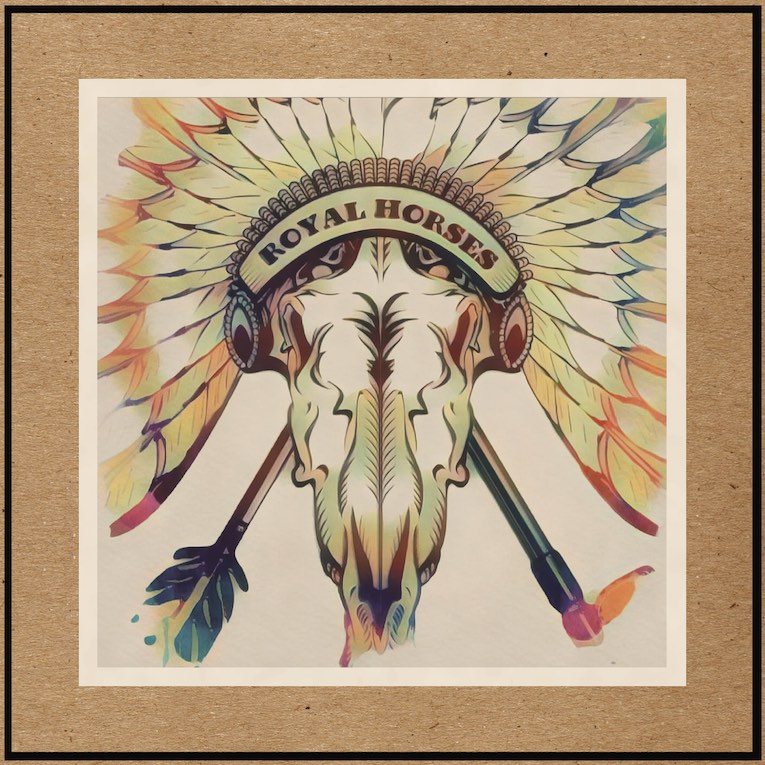 Roots rock trio Royal Horses employs tight grooves, lyric-driven melodies, and a brilliantly minimalistic sensibility to create a genre-busting sound that puts the group at the vanguard of American music. The band’s debut record, A Modern Man’s Way to Improve, dropped in December of 2020 and shines a bright light on their captivating mix of 70’s rock, early blues, rockabilly, and folk sounds. Royal Horses use those styles as ingredients to be freely combined with their own originality and creative fever in the making of music that’s fresh, honest, and on the leading edge of the roots music scene. The record sounds like it was done live in a single room and carries the under-produced immediacy that fueled the songs of 20th Century icons like Hank Williams and Johnny Cash. It’s an open and inviting session that proves real music still matters in our increasingly plastic world.

Band members Shelby Kemp (guitar, vocals), Kenny Paul Mann (upright bass), and Daniel Firth (percussion, vocals) developed their vibes deep in the woods of their native Southern Mississippi stomping grounds and did a fine job of putting a soundtrack to life in the New South. The tracks on A Modern Man’s Way to Improve are gritty, sweet, and smartly poetic in ways that complement their simplicity and demonstrate the sort of plain-spoken authenticity that’s often a hallmark of actual talent. The songs convey the best of their makers and the region they come from and will quickly find a place in the hearts of fans who live for the three chords that made America great. Factor in the group’s reputation for high-energy live shows and their  obvious chemistry with each other and you get a winner every time.

A Modern Man’s Way to Improve kicks off with the rollicking G-chord jam “Bottom Of The Chart.” It’s a cryptic, astrological song of love and other emotions with a strong end-of-verse hook and a sweet breakdown in the middle that catches you by surprise the first time through. The Royal Horses build upon the primordial elements of roots music but spin them in an idiosyncratic, playful way that could only come from them. It’s an absolute charmer of a song with a natural grace that demands repeated listening. The imagery-packed lyrics could be seen as Dylan-esque but their inherent Southern-ness keeps them balanced and original.

The title track, “A Modern Man’s Way To Improve,” drives harder and more urgently than its predecessor and speaks to the conflict and contentiousness of human interaction in 2021. It’s a song about someone who has heard it all and is just trying to escape the headache social discourse often creates. Shelby Kemp is an understated star on rhythm guitar here, giving the cut its delicious feel from the first note he plays. His vocals are equally engaging and endearing and will rapidly install themselves into your ears and stay there.

“There She Walks” is moody and simmering, even when its chorus hits, and displays a different side of the group that’s more somber and rocking. Kemp’s guitar solo is a reverb-drenched explosion across the end of this powerful mid-tempo number and helps make it a garage rock masterpiece. “Call It War” walks the line between country and rockabilly beautifully and features some of Kemp’s most inspired guitar work. The rock flourishes in the chorus only make the song more unique and personal. A Modern Man’s Way to Improve goes down smooth but be sure to pay special attention to “Leave A Light” and “Rattlesnake Smoking A Cigarette.” Royal Horses are one of the most entertaining and encouraging bands to emerge from the Americana pipeline in quite a while and should be experienced by all who love their music literate and undeniable. Highly recommended.

Order link for A Modern Man’s Way To Improve