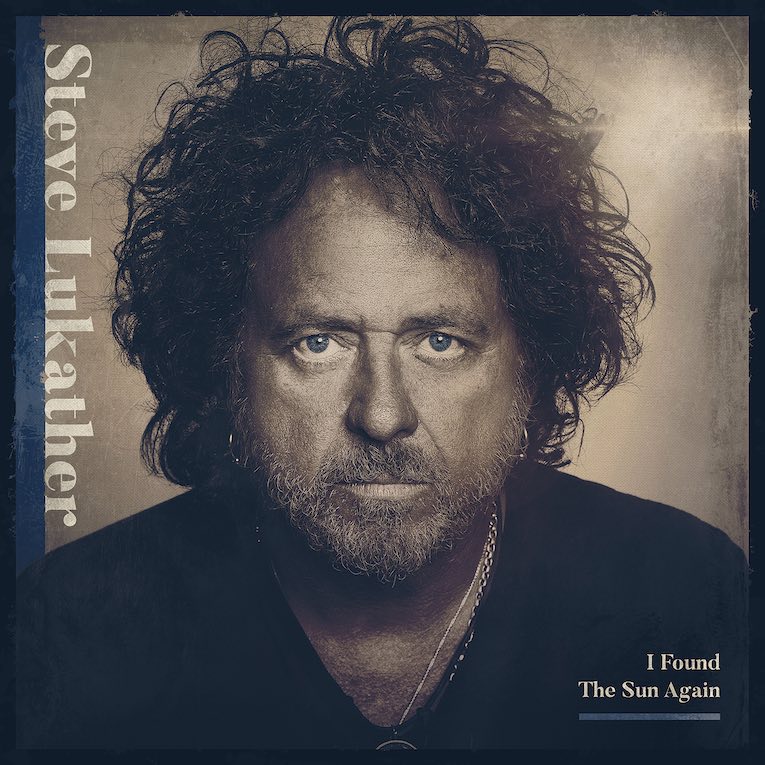 Toto bandleader, studio guitarist, and all-around six-string ace Steve Lukather proves he still has all of his magic on his new solo album I Found The Sun Again. Set to drop February 26th, 2021 thanks to The Players Club/Mascot Label Group, the record features a mix of original and cover songs impressively rendered by Lukather and a band of friends and luminaries that includes Ringo Starr, drummer Greg Bissonette, keyboardist Jeff Babko, and bassists Jorgen Carlsson and John Pierce. Toto band-mate David Paich performs piano and organ across the album, as well. Joseph Williams also sings on multiple tracks, wrote string and horn arrangements, and contributes some additional keys. Lukather co-produced the set with Ken Freeman, who also took care of the engineering and mixing chores.

I Found The Sun Again is full of killer songs, outstanding musicianship, and the kind of organic hooks you’d expect from someone with Lukather’s pop/rock pedigree.

Steve Lukather is, of course, no stranger to guitar fans of all persuasions. His five-decade career is the stuff dreams are made of. He’s the only continuous member of the multi-platinum group Toto and played on some of the most influential records of all-time, including Michael Jackson’s Thriller, and is a member of Ringo’s All-Starr Band. As a solo artist of no small reputation, Lukather performs with multiple ensembles including Nerve Bundle and Toxic Monkey. Toto, alone, has been streamed over a billion times and sold more than 40 million records. He also released a memoir titled The Gospel According To Luke which became a global best-seller. He’s one of the most-recorded guitarists in the business and you’ve heard him more times than you’ll ever realize.

Lukather opens the set with the melodic and moody rocker “Along For The Ride.” His intro guitar hook is strong, as is Joseph Williams’ emotive voice on the spacious verse and driving chorus. Lukather has the knack for blending melody and energy and he shows it off for us on this one. Like the entire effort, “Along For The Ride” was laid down live in the studio without a click track and the pure human experience that was captured is uplifting and inspiring.

“Serpent Soul” is a mix of Big Easy funk, psychedelic Beatle-esque color, and slick L.A. vocals that will absolutely light you up. Lukather’s guitar work is sweet and raw and the way he trades licks with David Paich on piano is sublime. Luke steps out on lead vocals, too, and turns in a fine, impassioned performance. He rocks the vocal mic again on a cover of Traffic’s eternal “Low Spark of High Heeled Boys” that’s hypnotic, hazy, and ethereal. Lukather’s guitar tone is perfectly dirtied up to float over the trippy bits while still maintaining focus on the more rhythmic parts. Jorgen Carlsson also adds some angular jazz piano improvs in the open sections that impart a delicious live feel to the track.

The title song, “I Found The Sun Again,” is chilled-out and lushly arranged, which suits its lyrical theme of intense love. Luke’s guitar solo is a thing of beauty and displays his unmatched touch and phrasing while his lead vocal work is intimate and warm. He closes the record by taking on Robin Trower’s “Bridge Of Sighs,” which comes off as both an homage to Trower and to the spirit of classic rock. The band seems to almost breathe as one here, rising and falling at the ideal moments and stretching their in-the-moment artistry as far as possible. Lukather rages in his solo, building and building into the night sky until his notes fall back down to Earth to continue their work on the ground. Every moment of I Found The Sun Again shines brightly but the Trower cut is just extra. You won’t want it to end. Steve Lukather is the best in the game and he makes his greatness seem natural and easy on each of these songs. Don’t let this one elude you.

Watch “I Found The Sun Again”

Pre-order I Found The Sun Again