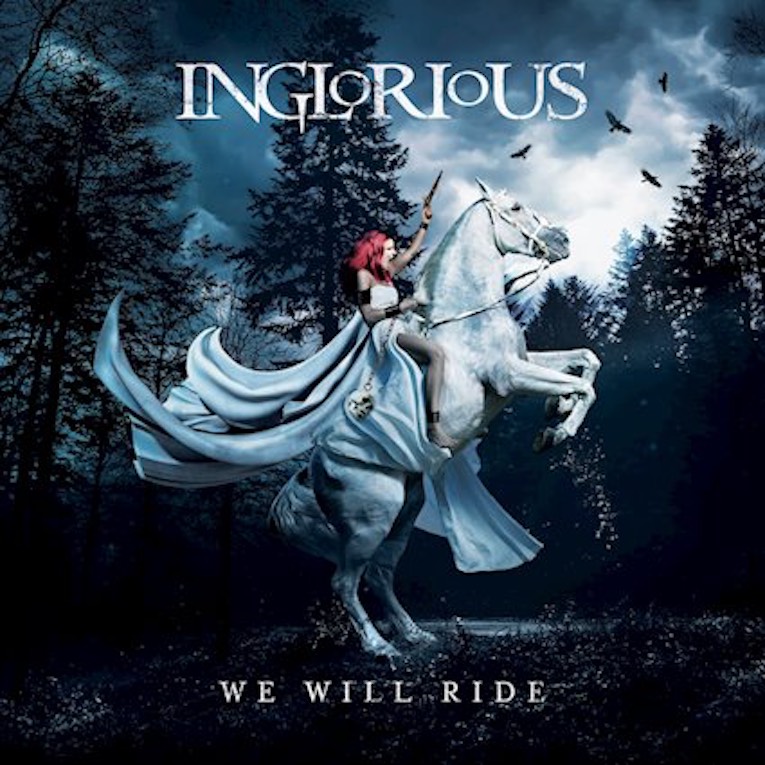 British rock band, Inglorious drops another hard set on their fourth album We Will Ride that comes across as a love letter to rock n’ roll and hard rock. Released February 12, 2021 on Frontier Music s.r.l. and produced by Romesh Gogandoda (Bring Me The Horizon, Bullet For My Valentine, Motörhead), the record is full of brilliantly captured songs and performances that transmit the greatness of big, bold, and melodic rock music to anyone fortunate enough to be within earshot. The sessions went down according to social distancing guidelines but the music itself feels up-close and meaningful in the way that exceptional albums always do and will send fans of killer classic rock scurrying for the volume knob and the repeat button.

The group was formed in 2014 by lead vocalist Nathan James, who made a name for himself singing with the multi-platinum selling Trans-Siberian Orchestra and legendary Scorpions guitarist Uli Jon Roth. He wanted to work with musicians who shared his vision of making honest rock music fit for the biggest stages in the world. The present lineup of James, guitarists Danny De La Cruz and Dan Stevens, bassist Vinnie Colla, and drummer Phil Beaver, has nailed its own standards dead on and crafted an album that acknowledges rock’s history while also speaking directly to modern listeners about life in today’s society. The band had never worked with an outside producer before but the experience was a huge success that left everyone involved sounding revitalized and rejuvenated. Gogandoda extracted the finest-possible music from each member of the crew and made the project a team effort that’s also the most realized Inglorious recording to date.

Inglorious starts the show with the angular riff of “She Won’t Let You Go” and drives it right into a massive stadium-rock pocket with a Whitesnake feel. The riff’s dissonance gives the track a rough, grooved surface over which James’s expressive vocals soar and glide. The song practically leaps out of your speakers at you and demonstrates that the demise of guitar-centric music has been greatly exaggerated. It’s vital, alive, and electric in the hands of this bunch and you’ll be drawn into it immediately.

“Messiah” comes next and gets heavier and more intense. The riff absolutely slaps and its inherent grit perfectly supports James’ lyrics about people searching for a savior. Phil Beavers’ drumming is exceptionally mighty here and contributes much to the steamroller effect the band conjures up. “Medusa” brings in a stomping blues/rock influence that gives way to a melodious chorus in a very slick way. The contrast between the sections is an attention-getter that shows off the musicality and creativity that seems to be a natural part of the Inglorious vibe.

“My Misery” is a chugging, mid-speed jam with another epic riff and high-flying chorus. James’ vocals cry out for rescue and redemption as the band breaks rocks beneath him and the combination brings out the genuine emotion that’s so important to making a rock song truly stick to a listener. The guitar and drum sounds are larger than life and add to the ear candy throughout We Will Ride.

The title song, “We Will Ride,” closes the 11-song record in a magnificent way, building on the image of a thousand-horse charge. The band riffs fiercely and brings every bit of hard rock glory they have to bear on this final cut that’ll no doubt leave you standing on your coffee table with your fist in the air. Inglorious is a straight-up monster of a band with the power to get you and keep you. Turn it up.