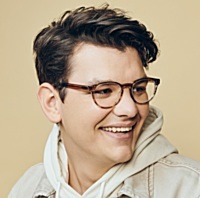 
UMG NASHVILLE VP/Digital Marketing TONY GROTTICELLI began TODAY’s (2/16) CRS panel, titled “TIKTOK Ya Don’t Stop: Examining The Impact of TIKTOK on Country Music,” by sharing some striking statistics. GROTTICELLI, who moderated the session about the popular platform, said numbers from last year show that users spend an average of 21-and-a-half hours per month on TIKTOK, and that the platform outperformed FACEBOOK by almost five hours. Session panelist and TIKTOK Head of Music Content Operations/NORTH AMERICA COREY SHERIDAN commented that, “Music is core to the creative DNA that is TIKTOK. It’s part of what makes the community and what makes the trend, and what generates the culture that comes from TIKTOK.”

A prevalent topic of the panel was how TIKTOK is being utilized as another tool for A&R teams. SHERIDAN noted that not only are new artists being discovered there and signed to record deals, but that songwriters are being discovered and signed to publishing deals as well. SONY MUSIC NASHVILLE recording artist and NBC-TV’s “The Voice” contestant ANDREW JANNAKOS was also a panelist in the session, discussing how TIKTOK has helped kick-start his career.

After having 28 shows cancelled in 2020 due to the COVID-19 pandemic, JANNAKOS turned to posting cover songs on INSTAGRAM and TIKTOK as a way to keep his career moving. While they grew traction, what really pushed him forward was a video his wife posted to TIKTOK of him dancing and cooking to his then-unreleased track, titled “Gone Too Soon,” which later became his debut SONY single. “It wasn’t something I was trying to do,” said JANNAKOS. “I wasn’t trying to go viral. I was just putting out content people could connect to and relate to.” Within six hours, the song had over a million views.

“They really like authenticity,” JANNAKOS added of the TIKTOK audience. “Just things that anybody and everybody could do. I don’t act or try to act in any of my TIKTOKS. They see past the artist; they see a person.”

DENNIS ENTERTAINMENT/inDENT RECORDS Mgr. CHARLY SALVATORE was also a panelist on the session, and noted that while the speed of signing artists may be expedited due to TIKTOK, “The normal boxes of A&R still exist. You’re still looking for great songs, great voices, superstar potential.” He added, “Something I prided myself on isn’t chasing something that is moving, but finding something early that still checks all of those boxes.”

SALVATORE touched on THE VALORY MUSIC CO. girl group AVENUE BEAT, and their song “F-2020” that went viral on the platform last year. Lead singer SAVANA SANTOS wrote the first verse and chorus of the track, posted it, and it quickly gained traction. After their label realized the song “had legs,” the group quickly completed the song to service to radio and other platforms.

When asked if TIKTOK views translate over to radio, SALVATORE responded “Absolutely. It definitely builds familiarity.” SHERIDAN added that “TIKTOK Is the greatest promotional engine that’s on the web today. Those little videos create earworms, and the community is a super fan.”

As far as managing TIKTOK alongside other social media platforms, SALVATORE stated, “I don’t view it as a social network. I view it as an entertainment platform,” a statement that all the panelists agreed with.

SHERIDAN also gave tips on the best ways to utilize the platform. “One of the things that’s important is using the app, getting in there and understanding what is going on,” he noted. “Understand the trends and what is current and happening.” He also recommended that artists “find their voice” and what works for them, and once they do, that they stick with it. SALVATORE drove that point home, mentioning his recent discovery, PRISCILLA BLOCK, and noting that she “had the three Cs: Consistency, creativity and building a community.”

SHERIDAN also recommended that all videos be shot vertically as full screen, stick to the 17-25 second “sweet spot,” and be posted with relevant hashtags.