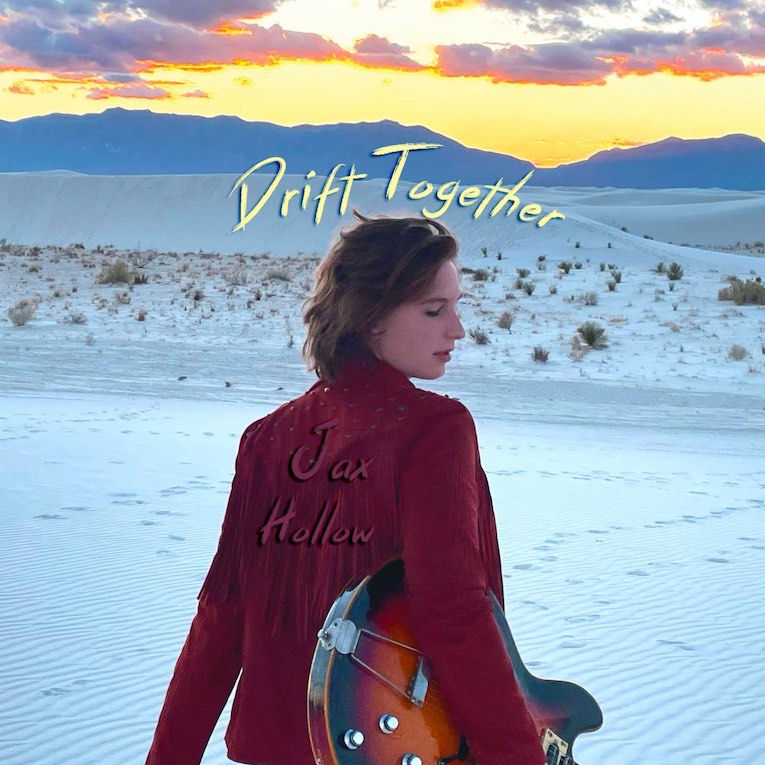 As the world moves into 2021, people are desperate for a bit of rambling, freedom, and happiness — and singer-songwriter and fierce shredder Jax Hollow delivers a strong dose of much-needed audio therapy with her new single, “Drift Together,” from her Underground Anthems dropping February 26th, 2021.

The song shows a quieter side of the raucous guitar shredder, showcasing her as a “vagabond dreamer” with an uncanny knack for storytelling through song. The video for “Drift Together” was filmed amidst the breathtaking scenery of the Arizona desert — the perfect setting for Jax’s soaring vocals.

“I was just drawing a picture of a cactus for a lyric sheet while we were in the studio tracking for ‘Drift Together,’ and I thought it fit so perfectly with the song.” Off to the desert she went, along with her brother to film the video. The result is a stunning performance set against a background of sand dunes, the Grand Canyon, and miles of open blue skies.

Showcasing some of the best sights America has to offer, we really have a match made in heaven for this beautiful ballad. This is the fourth song off the record featuring the talents of Jax Hollow (Guitar, Vocals), Angela Lese (Drums), Peter Baltes (Bass, From “Accept”), Amanda Broadway, & Yvonne Smith (Background Vox). Drift Together was recorded, mixed and produced by Michael Wagener at WireWorld Studios in Nashville, TN. Filmed by Nicholas LaCoy at Grand Canyon National Park, White Sands National Park, and various outside locations across Arizona. All songs written and performed by Jax Hollow.

If the song title recalls the Doobie Brothers’ “Drift Away,” that’s not accidental; Jax Hollow has stunning Southern Rock chops that are on full display in Underdog Anthems, the Nashville native’s upcoming album that deftly blends classic rock, blues, and Americana. Recorded and produced by the legendary Michael Wagener (Metallica, Skid Row, Extreme, etc.), the album — due out February 26 — announces Jax Hollow as a musical force to be reckoned with.