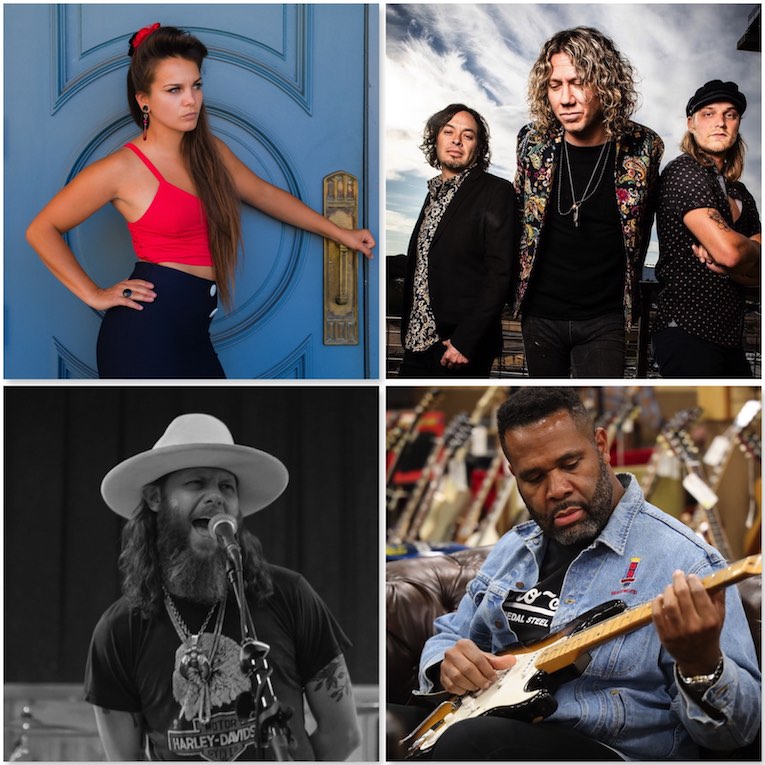 It’s February and we’re still dealing with COVID-19. Pandemic fatigue is real–you might be tired of being cooped up, wearing masks, or burned out on physically distancing and being away from loved ones. And in some parts of the country, the weather is cold as heck.

Here are 10 new blues, rock and roots tunes to brighten your pandemic winter. Even if you’re not leaving your home much, you have music to whisk you away from the reality we’re all dealing with. Featured here are fantastic guitarists, vocalists, and great songs. Some are more blues, blues/rock, and others are hard rock, and roots. One curveball is the new song by Tommy Emmanuel but it’s so beautiful this wouldn’t be complete without it. I wanted to round out your listening pleasure with a variety.

Many studies have shown that music can benefit our mental health. A study by researchers at McGill University in Canada found that listening to music increases the amount of dopamine, a mood-boosting chemical in the brain. See study here Not only that, but music can reduce anxiety and stress, something many of us are feeling now as a result of the pandemic. Plus its fun. And we all need more of that right now.

If you’re dealing with COVID-fatigue, this is good info with resources from the American Medical Assoc that isn’t boring.

Grab your headphones or your favorite listening device and dive into these great songs by artists you may or may not be familiar with. All of the songs are new, with a couple released in the last two to three months. They’re by accomplished, talented artists and bands and some of my top favorites.

Tony Spinner
The 10th solo album from guitar master, singer and songwriter Tony Spinner, Love Is The Answer is a blast of fresh, blues-infused rock with a heavy dose of groove. Out on Grooveyard Records, the album features 12 original tracks of soul-powered guitar heaven. Add in Spinner’s smooth, soulful vocals and tight rhythm section, and you’ve got an antidote for troubled times. There’s plenty of killer guitar riffing and outstanding musicianship but there’s more than that to Love Is The Answer—catchy tunes. Spinner toured and recorded with Pat Travers, Paul Gilbert and was with Toto for nine years.
Info on Tony Spinner

Listen to “Same As It Ever Was”

Chris Roberts
“Get Down” is the rousing new single from singer, songwriter, guitarist Chris Roberts upcoming EP, Feather, out February 26, 2021. A blend of Texas roots and hippie rock n’ roll, this song is surely to lift your spirits and was written by Roberts on how to find a way through hard times.  He and his band had to cancel shows due to the pandemic. So they quarantined in a studio in Joshua Tree, CA  and made the most of an unpredictable time.
Info on Chris Roberts

Listen to “Get Down”

The Black Moods
Modern rock band from Arizona, The Black Moods just today released their video for “Home” from their newest album, Sunshine out on Steelhorse Entertainment/The Fuel. A mighty power trio made up of singer, guitarist Josh Kennedy, drummer Chico Diaz, and bassist Jordan Hoffman. Big guitar tones, strong hooks, and excellent lyrics and a great vocalist.
Info on The Black Moods

Listen to “I Feel So Good”

Listen to “I Want You”

Inglorious
“Medusa” is by British rock band, Inglorious, from their upcoming fourth studio album, We Will Ride, out February 12, 2021 on Frontiers s.r.l. Inglorious recorded their studio album with new members guitarists Danny Dela Cruz and Dan Stevens, and bassist Vinnie Colla, along with original members vocalist Nathan James and drummer Phil Beaver. Nathan James made a name for himself singing for Trans-Siberian Orchestra. They recorded together in the middle of the UK’s Covid-19 lockdown and socially distanced. Produced by renowned producer Romesh Gogandoda, this album sees the band renewed. Personally, I think they’ve found the magic lineup for the band.
Info on Inglorious

Listen to “Through A Microphone”

Kirk Fletcher
“I’d Rather Fight Than Switch” is from Kirk Fletcher’s new album My Blues Pathway out September 25, 2020 on Cleopatra Records. Former lead guitarist for the Fabulous Thunderbirds, Fletcher is widely considered one the best blues guitarists in the world. A knockout mix of blues originals, covers and two co-writes with Robert Cray’s bass player Richard Cousins, the album is a celebration of the blues with Fletcher’s inimitable stamp. Travis Carlton on bass, Jeff Babko on keys, Lemar Carter and David Kida on drums, Joe Sublett on sax, Mark Pender on trumpet.
Info on Kirk Fletcher

Listen to “I’d Rather Fight Than Switch”

Ghalia Volt
“Bad Apple” is from this blues phenom’s new album One Woman Band out January 29, 2021 on Ruf Records. The album is a one woman show in which Volt sings, rips on slide guitar, and plays kick and snare drums with her feet, create a gritty and glorious sound. She made the record as a response to the pandemic. Volt’s music brings back the blues’ early days with 11 original songs, with Monster Mike Welch guesting on the album.
Info on Ghalia Volt

Kai Strauss & The Electric Blues All Stars
Kai Strauss has been a well-known name among European Blues lovers since the early nineties. Now, at the age of 50, the guitar player and singer releases his sixth album on the Dutch CRS label titled In My Prime. An experienced musician and great guitar player, singer with a signature style, In My Prime is Strauss’ sixth album featuring heartfelt vocals and strong guitar. Strauss is a multiple German Blues Award winner.
Info on Kai Strauss

Listen to “Guest In The House Of The Blues”

I hope you enjoy and welcome your comments. What songs have been getting you through the pandemic?