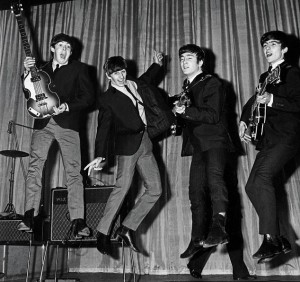 1963, The Beatles played at the Gaumont Cinema, Bradford on the opening night of the nationwide Helen Shapiro UK tour. The Beatles were at the bottom of the six-act bill playing just four songs, “Please Please Me,” “Chains,” “Keep Your Hands Off My Baby,” and “A Taste of Honey.”

1966, The Rolling Stones released “19th Nervous Breakdown.” It peaked at number two on the singles chart.

1970, The Grateful Dead performed at the Fox Theatre in St. Louis, Missouri.

1970, Mason Proffit and The Hollies played at Robertson Memorial Fieldhouse, on the campus of Bradley University in Peoria, Illinois.

1971, Yes performed at the Palais des Sports in Paris.

1972, during a UK tour, Stevie Wonder appeared at the Manchester Odeon, Manchester, England.

1973, Keith Emerson of Emerson Lake and Palmer injured his hands when his piano rigged to explode as a stunt, detonated prematurely during a concert in San Francisco.

1974, The Carpenters started a four week run at number one on the UK album chart with The Singles 1969-73, featuring 12 hits and the US number one “Top Of The World.” It would return to the top of the charts on three other occasions.

1974, Barbra Streisand started a four week run at number one on the US singles chart with the theme from the film The Way We Were. The single won an Oscar for Best Song, and a Grammy for Song of the Year. 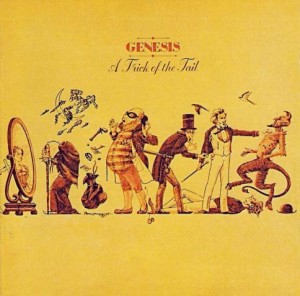 1976, Genesis released A Trick Of The Tail, their seventh studio album, and the first to feature drummer Phil Collins as full-time lead vocalist following the departure of original vocalist Peter Gabriel. After auditioning over 400 vocalists, which saw Collins teaching the potential lead singers the songs, the band decided that Collins should be the new vocalist.

1979, Sex Pistols bassist Sid Vicious died of a heroin overdose in New York City. There had been a party to celebrate Vicious’ release on $50,000 (£29,412) bail pending his trial for the murder of his former girlfriend, Nancy Spungen, the previous October. Party guests, said that Vicious had taken heroin at midnight. An autopsy confirmed that Vicious died from an accumulation of fluid in the lungs that was consistent with heroin overdose. A syringe, spoon and heroin residue were discovered near the body.

1984, Ozzy Osbourne headlined at the Civic Arena in Pittsburgh, Pennsylvania.

1985, Foreigner started a two-week run at number on the US singles charts with “I Want To Know What Love Is,” also a UK chart topper. London-born Mick Jones wrote the song and sang lead vocals with the British-American rock band.

1993, Willie Nelson agreed to pay $9 million (£5.63m) of the $16.7 million (£10.4m) he owed the Internal Revenue Service. His accountants, Price Waterhouse, had not been paying Nelson’s taxes for years and in addition to the unpaid taxes, Nelson’s situation was worsened by the weak investments he had made during the early 1980s.

2007, Keyboardist Joe Hunter, a veteran session musician as one of the Funk Brothers, who helped craft the distinctive Motown sound, died in Detroit, Michigan, at the age of 79. Hunter performed with such legendary Motown acts as Marvin Gaye, Smokey Robinson and Martha and the Vandellas.