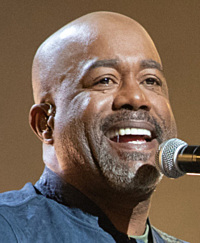 The special will also feature archival footage including interviews, performances and appearances by OPRY members and legendary artists. Other moments include RUCKER surprising LADY A with an invitation to the institution during the taping of their performance (NET NEWS 1/23), and BROWN officially making his OPRY debut. As previously announced, PAISLEY and SHELTON will serve as co-hosts for the two-hour special (NET NEWS 1/19).

“This special is going to capture so much of what makes the OPRY a one-of-a-kind entertainment experience,” said OPRY VP and Executive Producer DAN ROGERS. “Ten-year OPRY member BLAKE and 20-year member BRAD guide us through a powerful OPRY debut, an OPRY membership invitation given to one of Country’s most awarded vocal groups, performances of some of today’s chart-topping hits and timeless songs that have rung out from the OPRY stage for decades, and a look back at cherished members of the OPRY family and musical moments that have come to define the OPRY we know today.”