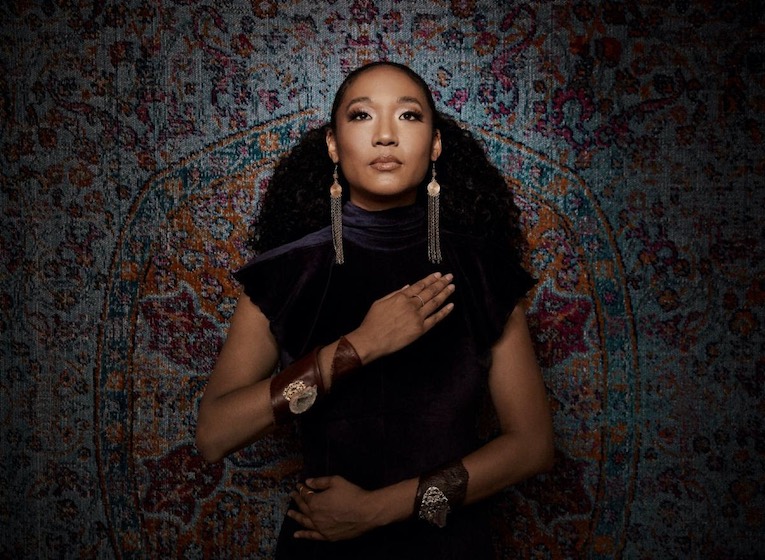 Today, powerhouse vocalist and Grammy-winning artist Judith Hill releases “Baby, I’m Hollywood!”, the electrifying title track of her upcoming studio album Baby I’m Hollywood available via The Regime on March 5, 2021. In the powerful visual, Judith catapults between the highs and lows of life in the spotlight, showing off both the glamour and the struggles in her pursuit of music. Oozing with classic rock and funk, the new single is both a song of heartbreak and a powerful self-love anthem.

“‘Baby, I’m Hollywood!’ personifies Hollywood as a woman,” Hill explains. “The music captures her free spirit, yet lyrically, it underlines the pain she has endured. It is very much a reflection of my life and how it has been growing up in the entertainment business. The show must always go on and yet you learn how to put your pain in the songs…. that is what makes the stage so visceral and alive. Beyond the lights and glamour, there is depth. I wanted to show that side of Hollywood and give the word a different feeling.”

“Baby, I’m Hollywood!” follows “Americana,” the album’s provocative debut single calling for change and challenging what it means to be an American. The upcoming 13-track album will follow her 2018 album release Golden Child and was self-produced by Hill herself.

To promote her new album, Hill has sponsored a contest where 5 winners will receive private vocal lessons from the Grammy-winning star herself. Those who wish to enter can fill out and submit an entry form before the release of her album on March 5. Details for the contest can be found here.

This past November, Hill also opened the 2020 NBA Draft telecast on ESPN with an exclusive performance of “Thank You,” a bonus track from Baby, I’m Hollywood. Hill and her inspirational anthem were the voice of this year’s NBA Draft campaign.

Hill was also active in charity events this past year, performing for the virtual GO Gala hosted by Lily Collins, Robert Pattinson, and Ewan McGregor. Performers at the Gala included HAIM, Katherine McPhee, and Mary Elizabeth Winstead. Additionally, Hill’s music was featured on several shows from Hulu and Netflix. She covered Phil Collins’ “In the Air Tonight” for Hulu’s Little Fires Everywhere and also featured on Gerard Way’s “Here Comes the End,” heard in the season 2 trailer for Netflix’s The Umbrella Academy.

About Judith Hill:
Judith Hill is a powerhouse vocalist, multi-instrumentalist and Grammy Award winning singer-songwriter from Los Angeles, CA. She’s had the distinct privilege of being a protégé to Prince who co-produced her debut album Back In Time. She’s also sang alongside such legends as Michael Jackson, Stevie Wonder, Elton John, Ringo Starr and was the opening act for tours with John Legend and Josh Groban who was her duet partner on “Remember When It Rained.” Hill was Jackson’s duet partner on the classic ballad, “I Just Can’t Stop Loving You,” which later became a highlight of Jackson’s posthumously released film This Is It. Hill’s deeply moving performance of “Heal the World” was an indelible moment during Jackson’s public memorial service. She also appeared in the Oscar-winning documentary 20 Feet From Stardom, a behind-the-scenes look at the lives of several acclaimed background singers, including Hill, who earned a Grammy Award for “Best Music Film” for her participation. Post-This Is It, Hill appeared on NBC’s The Voice, where she was a finalist and began to cement her identity as a solo artist with a series of knockout performances that showed her ability to put her own distinctive, captivating spin on familiar songs.