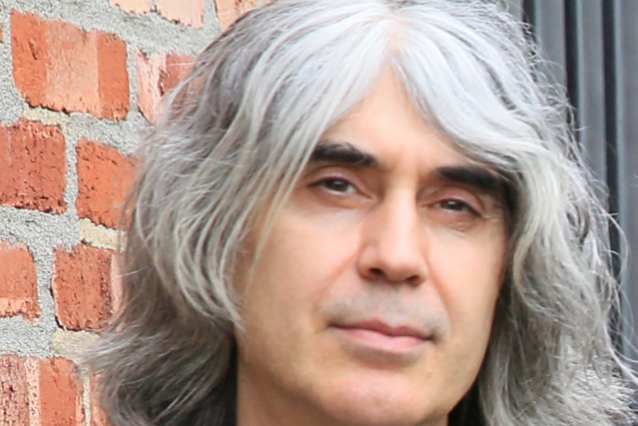 VOIVOD drummer Michel “Away” Langevin spoke to Ireland’s Overdrive about the progress of the songwriting sessions for the follow-up to 2018’s “The Wake” album. He said: “We have some ideas floating around that we have been working on while social distancing. We were able to use Logic Pro and Dropbox and that seems to be working for us, considering the social restrictions. We have a bunch of improvisations and loose ideas that are kind of ‘spur of the moment.’ There are some structures there and we just went about piecing them together electronically, as we have no access to our studio downtown.

Asked if he and his bandmates find this process to be very alien considering that they would normally be all together in a room, Away said: “Yes. [Laughs] It has been a very strange but educational experience for me personally. I’ve had to program the drums for the new ideas, and just being in a position where we can’t actually be in a room together bashing out the ideas, the traditional way. I’ve come to realize and understand a different side of our sound and the way we create and write. Don’t worry, we are still very much VOIVOD, but it’s just given me a different perspective on things.”

Pressed about whether there is enough material there for the guts of a new album, Away said: “Well, it’s very early days yet, but we have some solid foundations to new music. Snake [singer Denis Belanger] is currently building a studio in his house, because all of the studios downtown are closed, and who knows what’s going to happen in the future. It’s better to have our own studio. We also did a test run of performing online, and that went really well, so we are looking to possibly do something like that going forward. I can’t wait to just get back to performing again in one way or another.”

VOIVOD released a new live album, “Lost Machine – Live”, in November via Century Media Records. The disc was recorded in Québec City during the worldwide touring cycle for “The Wake”.

Last summer, VOIVOD released a new three-track 12-inch vinyl and digital EP titled “The End Of Dormancy” via Century Media Records. The EP is centered around a special “Metal Section” version of the title track (off “The Wake”) with added trumpets, saxophone and trombones. The complementary songs on this release are exclusive live versions of “The End Of Dormancy (Metal Section)” and the group’s classic “The Unknown Knows”, recorded at Montreal Jazz Fest 2019.

“The End Of Dormancy” EP came with artwork by Langevin and is available on 180-fram 12-inch vinyl.

“The Wake” was released in September 2018 via Century Media Records. The disc was recorded and mixed by Francis Perron at RadicArt Recording Studio in Canada. The album’s artwork was once again created by Away.