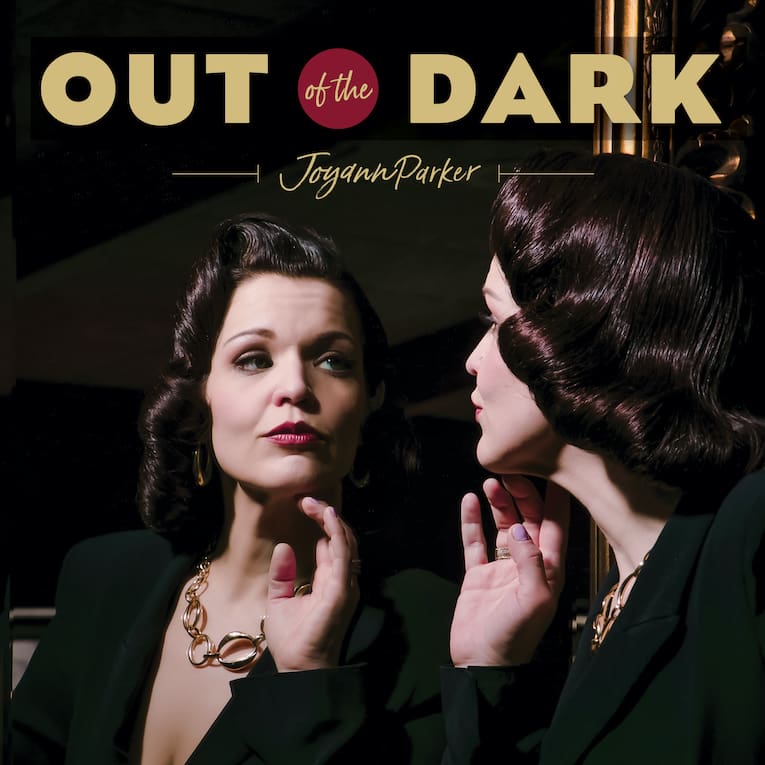 Minneapolis-based powerhouse vocalist, songwriter and guitarist, Joyann Parker is set to release Out of the Dark on February 12, 2021, on Hopeless Romantic Records, the rootsy, genre-bending sequel to her acclaimed debut, Hard to Love.

With 11 songs written by Joyann Parker and guitarist Mark Lamoine, Out of the Dark is a blend of roots music, blues, rock n’ roll and R&B, led by a superb, soulful vocalist who owns every note. What a voice. Parker also co-produced the album with Lamoine and Kevin Bowe (Etta James, Jonny Lang, Kenny Wayne Shepherd, John Mayall and more.)

Multi-faceted and versatile, Joyann Parker is a song-slayer, her feet firmly planted on the floor, her vocals emanating from a deep and centered place. With a voice and range like hers, she could sing just about anything but you can hear on Out of the Dark that she’s deeply committed to each track.

Parker says, “It’s a great time to release the album. People need music right now.” But not just any music, but Joyann Parker’s music, which will lift you out of any dark place and set your soul afire.

Album opener, “Gone So Long” starts with ‘a cappella’ backing singers, joined by acoustic slide guitar. Spare instrumentation showcases Parker’s beautiful, rich voice. The band kicks in, only to draw back again, after a slice of mournful slide guitar.

A classically trained pianist with a degree in music from the University of Wisconsin-La Crosse, Parker scored the song arrangements herself. There’s nothing like an artist who does so much for her albums and has the chops to pull it off.

Shifting gears to blues/rock with groove and a wah-soaked guitar, “Carry On” is about when times get tough, and you keep going. That takes strength and guts, both of which Parker possesses. You can hear it in the way she approaches her songs, wrangling each with soul and fire.

Parker sings about love gone wrong on the funky/R&B, “Bad Version of Myself,” a catchy tune with insightful lyrics and interesting chord changes. An innovative take on how a love just out of your reach can turn you into a bad version of yourself. Her voice—its dynamic, it testifies, and all with beautiful tone.

The melodic and rootsy “Either Way” blends acoustic guitar and beautiful lap steel, intertwining with Parker’s soaring voice. This is a peaceful, moving song if there ever was one. Kudos to the songwriting team of Parker and Lamoine.

Joyann Parker has been a steadily rising star on the Minneapolis music scene and is an artist, I’m convinced, who puts on a heck of a live show. A musical dynamo.

Not unlike Beth Hart, Parker diggs deep into her lower register to belt on “Fool For You,” a rock n’ roller with guitar, horns, a thumping bass line and toe-tapping rhythm. Snappy lyrics abound on this tune and it takes an experienced singer to wind them up and spit them out.

On another well-written rock n’ roll tune, “Hit Me Like A Train,” Parker is fierce and feisty, her vocals so strong it’s as if she grabs the tracks with both hands and blows fuel into the energy of the song. Of course, she’s backed by a well-oiled band with slide guitar, piano, expert bass and drums to support her.

Title tack “Out of the Dark” closes the album and takes a breather from the high-energy tracks. Piano is the foundation for this moving track about emerging from a place of struggle and pain. A master class in soulful singing and songwriting, it features Parker’s impressive vocal range and cadence. Even after repeated listens, the hair on my arms stood on end.

Pre-order link for Out of the Dark