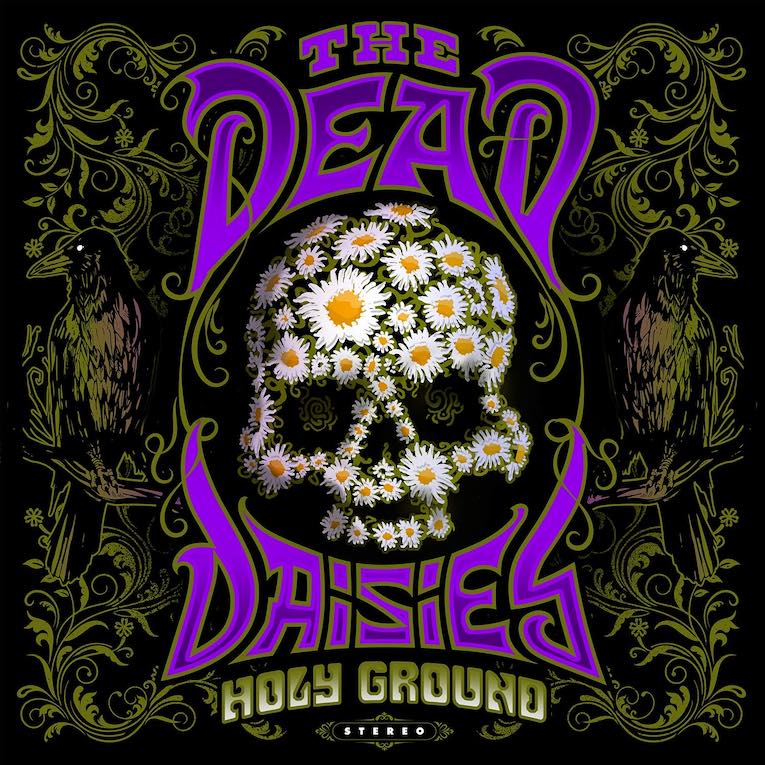 Hard rock supergroup The Dead Daisies dropped its fifth album Holy Ground on January 22nd, 2021 and it’s a fired-up set that makes the most of the major talents in the band. Made up of rock legends like guitarist Doug Aldrich (Whitesnake, Dio), drummer and vocalist Deen Castronovo (Journey, Bad English, Hardline), bassist and vocalist Glenn Hughes (Deep Purple, Black Country Communion) and guitarist David Lowy (Mink, Red Phoenix), the band is moody, dark, muscular, and rhythmic and brings a hard-hitting batch of true rock music to the world just when it is most needed. The group rages against the idea that rock is dead and no longer relevant as only true believers in the music’s power could. The Dead Daisies hit as fiercely as the giants of rock’s past ever did and they make the kind of music that could quickly get a stadium full of fists up in the air.

Hughes, Aldrich, and Castronovo have worked with the biggest names in classic rock and bring an authority to the band’s sound that’s attention-grabbing and indisputable. These veteran players together are a force of nature that’ll grab rock fans around the world by the ears with this new record and not let go. The tracks here are built on big riffs that come across as snappy and fresh and convey all of the drama, passion, and emotion of living in the modern world. The band hasn’t been able to properly tour behind these songs yet due to the ongoing Covid-19 situation but is pumped to get out on the road and take these tracks to the people once that can safely happen.

From the moment you push “play” on the first cut, the titular “Holy Ground (Shake The Memory),” it’s clear that this bunch is here to kick some serious backside. The Dead Daisies comes out swinging, putting everything they’ve got into this uptempo, heavy rocker. Hughes is among the best rock singers in the business and is still able to fly high over the band’s big groove. Aldrich ratchets up the intensity with an impactful and bold guitar solo in the middle of the arrangement before Hughes returns to sing the track out. This is straight-ahead rock at its finest and is guaranteed to jumpstart your day.

“Like No Other (Bassline)” keeps the rock coming and features Hughes using a distorted bass tone to add even more dirt to the proceedings. His vocals are snarling and his lyrics are deep and real. It’s a slamming tune full of heavy riffing and hot soloing that will not disappoint. “Bustle And Flow” is equally metallic and kinetic and features Hughes and Aldrich doing some of their most happening work on the album. “Saving Grace” is a heavy, mid-speed track with a pronounced Led Zeppelin vibe to its riff but opens up into a sweet melodic rock chorus before Aldrich takes listeners on another killer guitar excursion. Deen Castronovo’s drumming is epic here and throughout the record, holding down a hard rocking backbone the rest of the group builds upon.

Hang out with Holy Ground past it’s middle and you’ll be treated to The Dead Daisies’ cranked-up cover of Humble Pie’s 1972 classic “30 Days In The Hole,” which is nothing but fun. The band does a transcendent job turning Steve Marriott’s tale of getting busted for small quantities of controlled substances into a culturally-significant singalong moment that’ll instantly bond old-school rock fans to the group. It also makes for a prime Easter Egg most of the way through the album. The Dead Daisies have their rock and roll game primed and ready and every song on Holy Ground proves it. When live gigs start up again, this will be a must-see tour. Until then, play the album loud daily and enjoy what will surely be one of the top releases of 2021.

Listen to “Chosen and Justified”