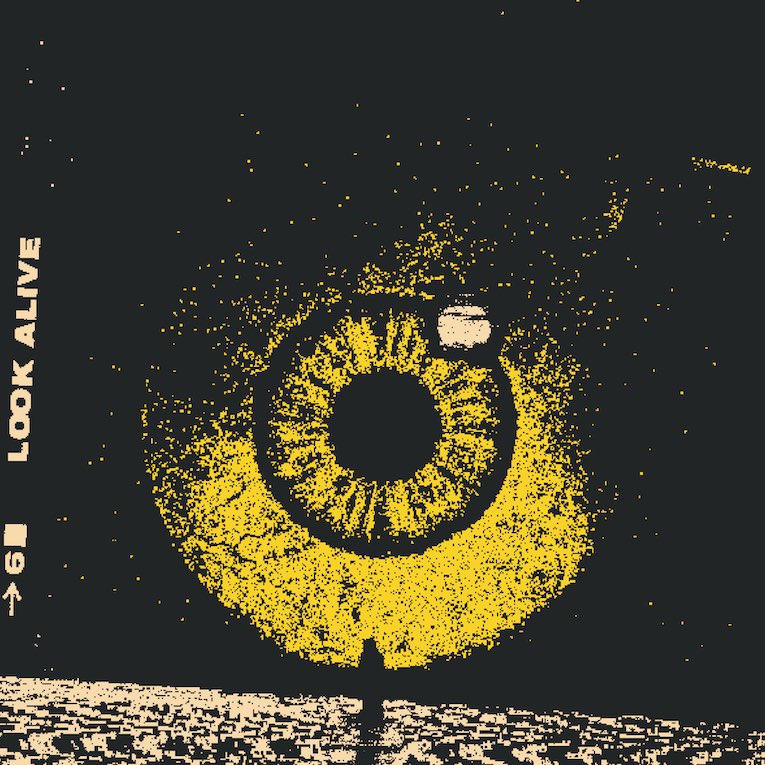 The new record kicks off with its titular track “Look Alive,” a moody, pulsating affair with singer Kevin Mckeown’s high-range vocals at the center. The groove is tightly played and not overstated but allowed to find its own way up the listeners’ spine and into their consciousness. It’s a great song that needs to be in a feature film. “Pick Your Poison” is a passionate garage rocker that uses the primordial ingredients of rock and roll to create another unforgettable cut. Mckeown’s guitar tones and note choices are upfront and rude in that wonderful Jack White way that demands immediate attention and are topped off with vocal hooks that never let go. Eric Owen is in full effect on the drums and provides all the snap and electricity any rock fan could want.

“Never Enough” rocks a funky pocket that’ll move any crowd and does it with the kind of ambience and attitude that makes it feel like a movie in your mind. Black Pistol Fire plays like a singular entity here, combining unique sounds, kinetic rhythms, and a big beat into your new favorite song. This two-man crew has the rare ability to create music that’s actually original and fresh, no retreads allowed, and put it across in a way that you’ll want to blast repeatedly. “Black Halo” uses strong drumming and a dissonant guitar riff to paint sonic pictures you’ll spend the next year absorbing. It’s one of the best moments included on Look Alive and sums up the Black Pistol Fire sound extremely well.

“Always On My Mind” is pure rock and roll power and glory rendered with the dynamics and songwriting wisdom of the Old Masters. The chorus, alone, would push a crowd into overdrive and leave them talking about the band for a long time. It’s an absolutely ferocious tune that’ll impress all who hear it. Other unmissable songs on Look Alive include “Hope In Hell” and “Temper Temper.” Black Pistol Fire has forged a style that’s tough, smart, and perfectly executed. Rock fans new to this bunch will be properly gobsmacked and those already in the know will point out that they’ve been on top of BPF’s excellence for years. Look Alive is likely to be one of 2021’s finest albums and you should start listening to it at once. What are you waiting for?

Listen to “Hope In Hell” here.