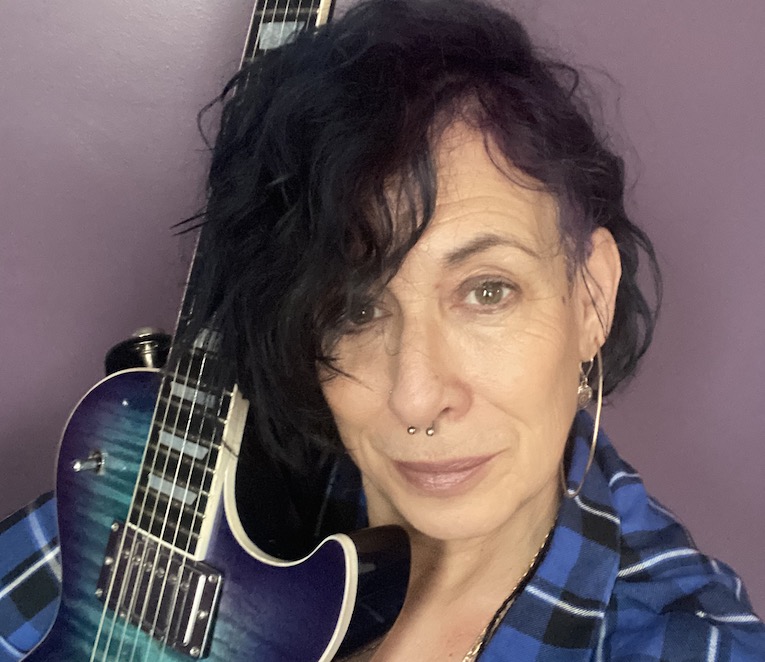 I grew up on a block of small ranch houses built in the 50’s in Worcester, Massachusetts, a town of factories and an ethos that effused blue collar grit. My mom had decided to move us there when I was four because Brooklyn was too rough in her opinion. What gave this city an edge, an alternative culture, (one that had fostered both Emma Goldman and Abbie Hoffman) was the presence of several colleges. My mother was a secretary at Clark University in the Psychology department. In the sixties and seventies Clark had an abundance of cultural events. Jimi Hendrix had performed there and famously blew up several Marshall amps.

It was a Friday night in the winter of 1972 and per usual the snow was knee deep. My mom told me and my younger brother Rob to bundle up since we were going to a concert at the Little Commons Student Center at Clark. I was 10 but looked 16 as I was already 5′ 8′ tall. My brother was 7. This wasn’t our first concert outing. My mom had us tag along with her everywhere in those days; art museums, plays, record stores, garden centers and concerts–anything that was free and that interested her.

I wasn’t particularly excited to go that night. I would have been content sitting at home watching ‘The Partridge Family’ and staying up until midnight to see ‘Don Kirshner’s Rock Concert.’ We trudged through the crunchy, glittering snow and walked into the student center, a room with a parquet floor, no seats, and held 300 people. There was no stage. It was a multi-purpose space that hosted small theatrical productions and student art exhibitions. I would take a mime class there a few years later when I attempted to go to college, cut short when I decided to drop out and become a rock star.

We arrived early and sat on the floor as close as possible to where the band equipment was set up. I was three feet away from a large guitar amp. I had no idea what we were about to witness. All I was told was that we were going to see a blues band.

As the lights dimmed, four exotic looking black men came out. Tall and lanky, the drummer was dressed in a coordinated suit of multi color patchwork denim and matching apple hat. The bassist was a short, muscular man with shoulder length curls, set off by a ruby silk shirt and black satin pants. The next musician struts out, resplendent in silver lamé pants, silver knee-high platform boots, a large afro, dark aviator sun glasses and a jacket that had SEX MACHINE emblazoned in silver studs on the back. Lastly, a beautiful-looking man in a tailored suit, all confidence and swagger with a kingly manner, flashed a million dollar smile framed by high cheekbones. He hoisted a guitar over his shoulder and plugged into the amp right in front of me. A voice blared though loud speakers, “Ladies and Gentlemen, please welcome Mr. Buddy Guy.”

There I was, a young girl sitting in front of that gorgeous man in the suit, absorbed in every note, every facial expression. Within inches of me was one of the most potent, explosive, incendiary and influential guitarists in history. Can I recall a set list? Hell no. But still imprinted on my heart and soul was a heady, fertile whirlwind of Chicago Blues, delivered with virility, pathos and charisma.

I was spellbound by it all. It was the first live music I’d seen that transported me. I was hooked. Buddy’s guitar screamed, it moaned, it sighed and whispered. The impact he and his band had on a gangly ten-year-old who knew deep in her heart that her future would be a little different from her peers, was immeasurable and one that motivated me to later move to Chicago to seek out the magic and mojo of the Blues Masters.

Herman Applewhite on bass stood out, leaving a lasting impression on me with his funky, thick as Mississippi-mud-bass-lines that moved the rhythm inside of me. I was to forever seek that exact ‘feel’ in every bassist that would eventually come to play with me.

I made the move in 1984 to the Windy City on a Greyhound bus, loaded down with my guitar, an amp, a suitcase, and fueled by chutzpah and a boatload of dreams. Within a few months, I landed a job playing guitar in Dion Payton’s 43rd Street Blues Band, named after the street where we held down a steady weekend gig at Buddy Guy’s club – The Checkerboard Lounge. That bar soon became my musical university. On a few occasions when Buddy wasn’t on the road, we were his backup band. 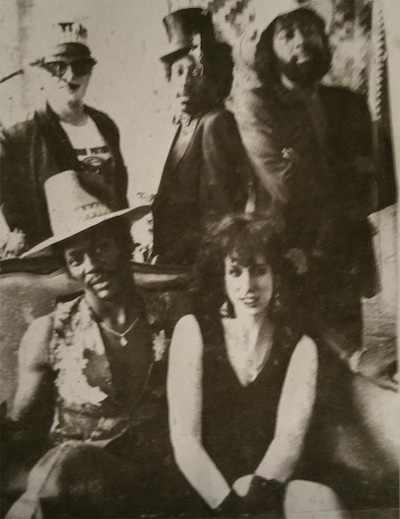 On one auspicious night, Buddy singled me out to engage in the blues guitarist’s trial by fire–the guitar battle. Dion stood to Buddy’s right and I was to the left, wedged between him and our drummer. A few songs into the soul-drenched set, Buddy announced into the microphone, “There’s a young lady up here playing the blues. Now she’s hiding behind me, but I want to call her up front because I’m going to do what Muddy Waters and Otis Rush did to me when I first came to Chicago from Louisiana. We are gonna have ourselves a little guitar battle.”

What? My heart ticked to 150 beats per minute. I started to sweat.

“Slow blues in G. Kick it off Joanna,” Buddy shouted to me and the band.

A guitar battle with Buddy Guy? This is it. Do or die. Time to let it fly. Sweat rolled down my back. I dug in and started playing. Minutes seemed like hours, but in a wonderful way. I was coaxed by this icon who said, “Play it girl! ” I looked into Buddy’s eyes as blistering notes cascaded out of his Guild Starfire guitar. I stomped on my pedal to switch to the overdrive channel of my Peavey Bandit 65 amp. I caressed notes from my Strat, delivered my own fiery blues straight from my heart. I flew up and down that fret board as fast as I could, bending and hammering notes. I utilized sweet vibrato. I conjured every passionate lick I knew at that time.

Buddy’s charismatic grin that once had me transfixed as a young girl, was now directed at me, egging me on, acknowledging my place in the blues universe. The living legend nodded his head and said to the crowd, now on their feet, “This girl has got the blues!” I passed my first test at Blues University.

Whenever I run into Buddy Guy, he wistfully reminisces about those nights at The Checkerboard, saying, “Well Joanna, it looks like we are the only ones left from the Checkerboard days.” I will forever be thankful to my progressive and artsy mom for taking me to see that “blues band” long ago. I am grateful to the musical dynamo, Mr. Buddy Guy. The knowledge and inspiration he has given me is immeasurable.

About Joanna Connor
Massachusetts native, now residing in Chicago, Joanna Connor, slide guitar virtuoso, singer-songwriter is a fierce musician known as the Queen of Blues/Rock guitar. She has 13 albums to her name with her most recent, Rise, (2019) released to critical acclaim on M.C. Records. Joanna has played with just about everyone of note, including Jimmy Page, Buddy Guy, James Cotton and Junior Wells. Debuting at the club Kingston Mines in the 80s, she played there three nights a week ever since, in between gigs at larger clubs and festivals before the onset of the pandemic. An aggressive blues/rock guitarist with a tight groove and flavors of jazz and funk, Joanna Connor is one of the most powerful female musicians today. Her new album, 4801 South Indiana Avenue, produced by Joe Bonamassa, will release February 26, 2021 on KTBA Records. For more info see Joanna Connor website.