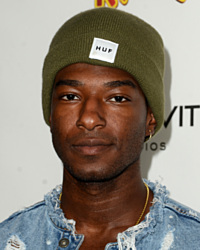 NMAAM is dedicated to educating, preserving, and celebrating the influence of African Americans on the American soundtrack, and explores more than 50 styles of music created, influenced, and brought to life by African Americans through more than 1,700 artifacts and 25 interactive touch points across seven distinct, interconnected galleries.

“’American Dream’ is a true patriotic anthem through my eyes,” said JONES. “It’s a story about my love for the country that my ancestors built, honoring those who have come before me and having faith in those who stand with me in taking America forward. We cannot ignore the fact that so many of our Black leaders – whether they’re civil rights leaders, authors, musicians, athletes or artists – have propelled the evolution of not just Black people, but the entire human race. We evolve and the process must continue. While ignorance and racism go hand-in-hand, they’re no match for intelligence and love. So, let’s spread some damn love. All power to the people.”