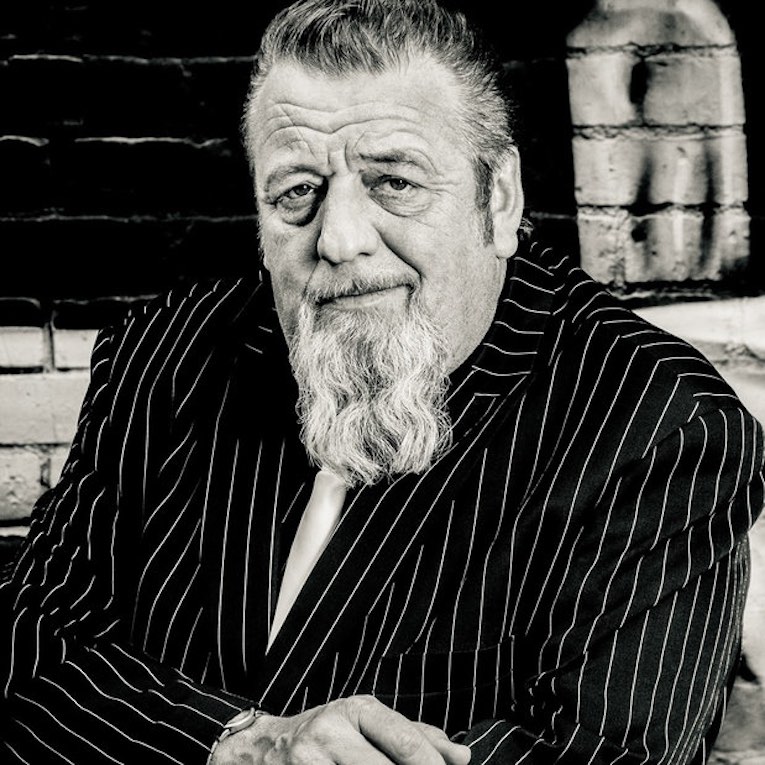 In the Dog House With Harpdog Brown

Faced with travel restrictions, venue closures and other limitations due to the global pandemic, blues artist Harpdog Brown has been displaced from his touring life and is temporarily riding out the pandemic in Alberta.

Harpdog and his team had planned to film more music videos for the 2019 release For Love & Money. Unfortunately, those plans were thwarted along with all the tour cancellations. Thankfully FACTOR allowed us to rethink our plans and come up with a solution that still met the funding criteria.

Through reconnecting with former bandmates from his former band The Bloodhounds (1990s) they were able to safely congregate at DanLyn Studios in Sherwood Park Alberta, just outside of Edmonton. It was a magical reunion that led to some outstanding musical performances.

“Many years ago I had a radio show on CJSR, broadcasting from an old bank vault in the basement of the University of Alberta campus. It was a fun project and a great vehicle to share music and a forum to delve into the blues” said Harpdog Brown. “Then my manager and I got to talking about that TV show ‘Daryl’s House’ that Daryl Hall used to host. And we thought, hey wouldn’t it be fun and entertaining to do something like that?”

“The rest fell into place. The band is fantastic. These guys are top-shelf. Some of the best blues players in Alberta. DanLyn Studios was the perfect location. It’s a beautiful studio and plenty of room to ensure all safety protocols would be followed. We lit it like a stage to give a live performance feel. They even have their own pub so that became the Dog House Pub where we shot all the interview segments. The only thing missing was a live audience.”

To tie it all together, each episode features the new band doing a remake of a song from the 2019 release For Love and Money.

In The Dog House Episodes

About Harpdog Brown
Harpdog Brown has grown a reputation as a real-deal purveyor of classic electric blues true to the sound of the old Chess Records and Sun Records of the late ’40s and early ‘50s. Until recently, he’s been touring as Harpdog Brown & the Uptown Blues Band – a vintage New Orleans Blues sound that is piano-driven and at any given show could feature slide trombone, sax, clarinet, trumpet and more. Still a vintage vibe, just a different vintage! They perform mostly originals yet they often include great songs of the masters from that era. Think Louis Jordan, Satchmo, Sonny Boy Williamson, Wynonie Harris, even Duke Ellington.

He’s been called a Blues Evangelist, and that’s a very fitting moniker. “I speak the blues like it’s the truth, and it is”, he was recently quoted. “I do feel like I’m a servant of the people. A missionary if you will. Music can heal people if they pay attention to the messages in these songs.” He delivers those messages with a vintage sound. “Blues is a beautiful celebration of our perfectly flawed lives. We help people forget about their issues of the moment and when they realize that we all have our issues, it’s OK.”