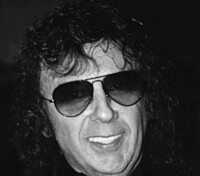 
PHIL SPECTOR, whose groundbreaking orchestral productions came to be known as the “Wall Of Sound,” and who later was sentenced to prison for second-degree murder for the death of actress LANA CLARKSON in 2003, died SATURDAY (1/16) at a hospital in central CALIFORNIA of what the CALIFORNIA DEPT. OF CORRECTIONS AND REHABILITATION called natural causes but some reports indicate included complications from COVID-19. He was 81 and had been serving his sentence at the CALIFORNIA STATE PRISON HEALTH CARE FACILITY in STOCKTON, CA.

SPECTOR, a BRONX native who moved to LOS ANGELES at nine years old after his father’s suicide, formed THE TEDDY BEARS, scoring the chart-topping hit “To Know Him Is To Love Him” for DORE RECORDS. After a deal with IMPERIAL RECORDS failed to result in further hits, the group broke up and SPECTOR turned to writing and producing. In 1961, SPECTOR and LESTER SILL founded PHILLES RECORDS, which led to a string of hits, with SPECTOR productions reaching BILLBOARD’s Top 10 fourteen times. His hits featured sweeping orchestral pop arrangements recorded at L.A.’s GOLD STAR STUDIOS and abetted by session legends THE WRECKING CREW; Among the hits were THE CRYSTALS’ “He’s A Rebel,” “Da Doo Ron Ron,” and “Then He Kissed Me,” THE RONETTES’ “Be My Baby,” “Baby, I Love You.” and “Walking In The Rain,” the RIGHTEOUS BROTHERS’ “You’ve Lost That Lovin’ Feeling” and “Unchained Melody,” and IKE AND TINA TURNER’s epic “River Deep — Mountain High,” the failure to achieve chart success which, along with the death of close friend LENNY BRUCE, sent SPECTOR into seclusion, with stories of his eccentric behavior, involving gun play, increasing over the years.

SPECTOR’s production of JOHN LENNON’s 1970 single “Instant Karma (We All Shine On)” led to the lush, controversial production of THE BEATLES’ “Let It Be,” which polarized fans despite its commercial success (a version stripped of SPECTOR’s orchestration was later released). Nevertheless, SPECTOR produced LENNON’s first two solo albums and GEORGE HARRISON’s “All Things Must Pass,” and worked with other artists including CHER, LEONARD COHEN, DION, and THE RAMONES before returning to seclusion. He was inducted into the ROCK AND ROLL HALL OF FAME in 1989.

On FEBRUARY 2, 2003, CLARKSON was shot at SPECTOR’s ALHAMBRA, CA home; he claimed at first the shooting was an accident and later claimed that CLARKSON shot herself, and a first trial ended in a deadlock before a second trial in 2008 led to his conviction and sentencing to life in prison with eligibility for parole in 2028.