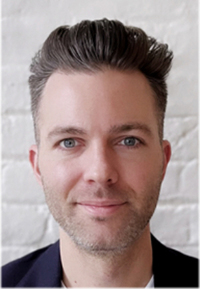 
In a move reported and anticipated for weeks, ARISTA RECORDS made it official, announcing the appointment of NICK PETROPOULOS as SVP Promotion and Head of Pop and Alternative Radio. Based in NEW YORK, PETROPOULOS will report to EVP Promotion JOHN BOULOS. He joins the label from DANIEL GLASS’ GLASSNOTE RECORDS.

PETROPOULOS will oversee pop and alternative radio promotion, and help BOULOS manage ARISTA’s promotion staff throughout the U.S. He will work strategically with digital streaming and digital partners to break the label’s roster locally and nationally at radio.

Said ARISTA RECORDS President/CEO DAVID MASSEY, “I am very excited to welcome NICK to ARISTA. He will make a huge contribution both to our promotion efforts and to the label as a whole. He is a strong executive of great talent and vision with an outstanding track record and I am delighted he has joined our ARISTA family.”

Added BOULOS, “Over the last 10 years, NICK has played instrumental roles in creating strong promotion teams in the industry. His great multi format knowledge along with his strengths in artist development are invaluable. There is no doubt in my mind he will be a great partner in bringing ARISTA to the next level.”

PETROPOULOS stated, “It is an absolute honor to join the team at ARISTA. The label has a roster of diverse and rich talent, and I look forward to building on the success they’ve already had.”

PETROPOULOS started his career in the music industry as an intern at SONY RED and was promoted to Associate Director of Alternative Promotion. In 2009, he joined GLASSNOTE RECORDS as Head of Promotion. In his 11 years at the company, he expanded the promotion department and field staff that covers the U.S. and CANADA. He oversaw campaigns for all artists on the roster including MUMFORD & SONS, PHOENIX, CHVRCHES, THE STRUMBELLAS, TWO DOOR CINEMA CLUB and CHILDISH GAMBINO. NICK grew up on LONG ISLAND and received a BA in Communications and Business from ST. JOHN’S UNIVERSITY.