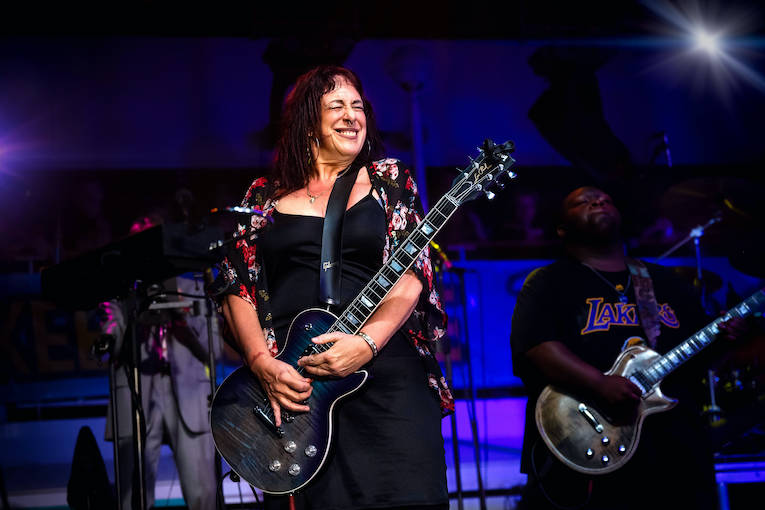 Chicago-based slide guitar virtuoso and singer-songwriter, Joanna Connor, who is best known as one of the reigning Queens of blue rock guitar, releases her 14th album 4801 South Indiana Avenue on Joe Bonamassa’s new independent blues record label Keeping The Blues Alive on February 26, 2021. The album is available to pre-order here.

The new album, the follow up to her critically acclaimed studio album Rise, was produced by Joe Bonamassa and Josh Smith at Ocean Way Recording Studios in Nashville, Tennessee.

Joanna, Joe and the rest of the musicians on the album dug deeply and conjured up an authentic, alive and kicking non-derivative set of Chicago Blues.

Says Joanna, “We chose the album title ‘4801 South Indiana Avenue’ because it was the actual street address of the hallowed funky blues sanctuary ‘Theresa’s Lounge.’ We want the listener to open that door, walk in and feel to their core some of the magic that a place like that brought night after night. It was an honor to bring this to you, the listener.”

Joanna has played guitar with the who’s who of blues including the likes of James Cotton, Buddy Guy, Jimmy Page, and Junior Wells. Debuting at Chicago’s premiere blues club Kingston Mines in the 1980s, she played there three nights a week ever since, in between gigs at larger clubs and festivals, before the spread of the pandemic earlier this year.

An aggressively edgy and highly innovative blues rock guitarist with a tight groove that encompasses jazz and funk, Joanna’s hailed by many as one of the most powerful and influential female guitarists on the planet.

The new album reflects an entirely new experience from the way Joanna has recorded music in the past. “This album is a homage to the blues school that I attended in Chicago,” says Joanna. “We attempted to capture the spirit of tradition and inject it with raw energy and passion.”

When Joanna was asked how Joe came to produce her album, she remembers it like it was yesterday. “We recorded the album in Nashville. Joe retweeted one of my videos last May and it went viral on his site. I thanked him in a message, gave him my contact info, and he immediately responded.”

“He opened for me years ago at the House of Blues Backporch Stage in Chicago, where I played weekly for years! Joe was totally aware of me for years. He wanted to make an album for me that he felt I needed to make and had never really made.”

Joanna has a reputation in music circles for being a great guitar player. What did she try to achieve with her guitar playing on the new album? Says Joanna, “We used no effects, lots of cool guitars and vintage amps, which is new for me. We tried to redo it to portray the deep history I have in the blues genre, bring out the thousands of sweaty hours in those blues clubs in Chicago and deliver it to the record.”

On the new album, Joe pushed Joanna which enabled her to deliver a more powerful vocal on every track. “It was the hardest I’ve ever pushed my voice ever,” says Joanna.

But why did Joe Bonamassa want to produce Joanna’s new album?

“I remember asking Joe point-blank, ‘Out of all the guitar players in the world why me?’ He said, “Because you have an intensity about your playing that most people don’t have. As a matter of fact, I wish I had some of that in myself where you just let it go, and you don’t even think about it.”

The new album features the crème de le crème of musicians. Joanna cites working with them as an unforgettable experience. “Playing with Reese Wynans was an honor and a privilege and brought me to tears. Having Josh Smith and Joe playing guitar on every cut and arranging everything was a gift to me. Bassist Calvin Turner was incredibly groovy and solid and was responsible for the horn arrangements. Lemar Carter is one of the hottest drummers on the music scene and plays with Frank Ocean and so many others. He’s a master of time and taste and groove. We recorded every song in a max of three takes. We were all in the same room together, except for Joe who was in the control room playing and producing. Making this album felt like a sweet gig.”

About Joanna Connor
Numerous artists have been influenced by or had love affairs with the iconic African American art form called the Blues. Not many sought after it by diving headfirst into its epicenter – Chicago, and even fewer women have attempted.

Joanna made a pilgrimage at the age of 19 to the Windy City and set her mind to move there three years later. An abridged version of her years spent during the 80s prolific blues explosion would include years spent playing with Dion Payton and the 43rd St Blues Band in residencies at Buddy Guy’s Checkerboard Lounge , Theresa’s , the Cuddle Inn on the Southside of the blues capital, absorbing musical and life lessons playing guitar with Buddy Guy, Jr Wells, Otis Rush, Phil Guy, James Cotton, Lefty Dizz, Sugar Blue, Billy Branch, Son Seals, Lonnie Brooks, Johnny Littlejohn, Magic Slim, Eddie Shaw and many other artists.

Years spent in the trenches at the late-night institution the Kingston Mines led to further musical adventures including a late-night set with none other than Jimmy Page.

Joanna was asked by the owner of Kingston Mines to headline her own nights at the club, and this led to the formation of her own wicked Chicago band and subsequently caught the ear of Blind Pig Records and the release of her first album “Believe It” in 1990. The music world was piqued with this brash in your face guitarist in the guise of an unassuming 28-year-old.

Years spent touring Europe , Asia , South America were to follow, deals with Gibson Guitars, Victoria Amps, almost a decade spent opening and recording occasionally with the legend Luther Allison in Europe and Albert Collins in the U.S., increased her notoriety as well as the release of almost a dozen recordings on her own and also numerous guest spots with others, a documentary film made about her by German Television WDR and several national and international television appearances all blazed a trail for future female guitarists and her hybrid blend of blues, rock and funk became a template for dozens of acts to follow.

In 2019, a few viral videos and her relentless work ethic caught the attention of Joe Bonamassa, and within a year Joe’s passionate and articulate vision to bring to the world Joanna’s unique, blazing, gritty and electrifying blues guitar prowess came to life. His expertise as a musician, vocalist and producer cut to the core of Joanna’s tremendous and uncompromising musical life story and brought to fruition her best and most representative work to date. 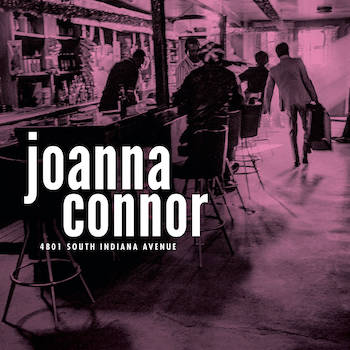