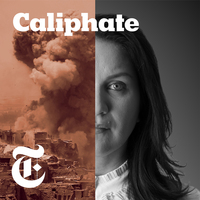 
In a blistering letter sent to THE NEW YORK TIMES’ Audio Division, a group of public radio executives expressed their disapproval of how the TIMES’ “THE DAILY” podcast and radio show handled the ethical lapses that marred the “CALIPHATE” podcast.

26 executives from the PUBLIC RADIO PROGRAM DIRECTORS ASSOCIATION and Pres./Exec Dir. ABBY GOLDSTEIN co-signed the letter, which took the TIMES’ response to the revelation that the award-winning podcast’s primary source was not telling the truth to task on three points.

The letter complained that “THE DAILY” host MICHAEL BARBARO tried to influence other journalists (especially at NPR) to influence their coverage of the controversy, that BARBARO’s personal relationship with “CALIPHATE” Exec. Producer LISA TOBIN was undisclosed when the show issued a “corrective interview,” and that reporter RUKMINI CALLIMACHI was reassigned while a white male counterpart, ANDY MILLS, was given greater prominence despite his participation in “CALIPHATE” and accusations on social media about his behavior while working on “RADIOLAB” for his previous employer, NEW YORK PUBLIC MEDIA News-Talk WNYC-A-F/NEW YORK..

In the letter, the PRPD signatories complained that “BARBARO’s actions are in direct conflict with our ethical guidelines and they call his general credibility into question.” They added that the decision to let BARBARO host the corrective interview was “flawed” and asked, “How are we to trust that difficult questions would be asked, answers would be demanded, and the truth would be sought? This was a moment for transparency, that moment is now lost and there should be accountability for this lapse in judgment.” The letter concluded that  “From an optics perspective, we feel your decision was not just tone-deaf, but blind to the current landscape in which we now exist. It stands in opposition to the actions we have taken to ensure that our organizations have pathways for advancement for ALL employees, not just those of a privileged class. The times are changing and yet based on this decision, it appears that THE TIMES is not changing along with them…. We respectfully request that THE NEW YORK TIMES acknowledges and takes responsibility for these lapses in judgment and takes steps to remedy them now and in the future.”

A response from TIMES Assistant Managing Editor SAM DOLNICK contended that the paper has been “transparent with the findings of a thorough review that was conducted by a team ofsenior newsroom leaders,” including an editor’s note, a front page investigation of the podcast’s subject SHEHROZE CHAUDHRY, an audio correction appended to the episodes, returning the PEABODY AWARD, and an interview by Exec. Editor DEAN BAQUET with NPR’s DAVID FOLKENFLIK. “We believe we’ve handled what was a significant journalistic lapse with accountability,” DOLNICK proclaimed. As for BARBARO, DOLNICK said that the “accountability interview” was not an “accountability interview” but instead “an audio version of our editor’s note,” so the TIMES did not think it needed to disclose BARBARO and TOBIN’s relationship. DOLNICK added that editors have discussed BARBARO’s testy response to the criticism on social media with him, and is reviewing complaints about MILLS’ conduct, calling the timing of “THE DAILY” running an episode featuring MILLS soon after the “CALIPHATE” controversy “a mistake.”

One reaction to the “CALIPHATE” issue came from HOUSTON PUBLIC MEDIA News-Talk KUHF (NEWS 88.7)/HOUSTON, which has dropped the show.