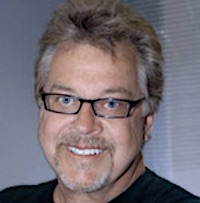 
CUMULUS MEDIA News-Talk KMJ-A-F/FRESNO has suspended local host RAY APPLETON for saying that “certain news editors should be hanged” on his show THURSDAY (1/7).

CUMULUS issued an apology statement calling APPLETON’s comment “a direct violation” of company principles and including a statement attributed to APPLETON saying, “I realize that my reckless choice of words was irresponsible and I would never condone violence toward anyone. I want to specifically apologize to my colleagues at KMJ and all who serve in the media After 50 years in broadcasting, I understand that my choice of words matters and I made a mistake that won’t happen again. I humbly ask your forgiveness.”

APPLETON was somewhat less apologetic on FACEBOOK, first posting a since-deleted message complaining that his comment was “taken a bit out of context” and insisting that his comment was “tongue-in-cheek,” reflected his frustration with the news media “for not reporting things in a fair and consistent way,” and that anyone thinking he meant what he said should “relax and understand that is not my intent my wish or any reality that I live in.”  He then posted a message saying “This will be my only message for a bit. I don’t feel much like talking. Yes I have been suspended it for a few weeks without pay. A first in 51 years of broadcast…. Facebook Messenger is about to explode!!” After talking about his poor health and the suspension’s delay of his intention to get a COVID-19 vaccination shot on the air, he said “I have no more to say… for a while. OUT.”