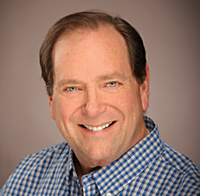 “BILL’s love of this community, his love of Country music, and his sense of humor combined to make him an especially wonderful radio personality,” said MCKENZIE RIVER BROADCASTING co-owner JOHN TILSON.

“For as long as I can remember, BILL has always said that his favorite part of doing radio was the ability to use our microphones for good,” said longtime co-host TIM FOX. “If there was someone in need, we could ask people to help out and help would inevitably pour in. Yes, we play great Country music and provide news, weather, and traffic updates. But stepping up to help the community, doing something that worthwhile, has deeper meaning.”

Added co-host TRACY BERRY, “BILL is funny. He is creative and kind beyond measure. He shares his life and his heart on the air. There’s no one like him.”

BARRETT says he’s looking forward to sleeping in and traveling during his retirement. He also wants to spend more time with his 11 children and a growing number of grandchildren.

“Radio has always given me a sense of purpose,” said BARRETT. “It has allowed us as a morning show to do so many positive things for our community. I want to thank JOHN and RENATE TILSON [MCKENZIE RIVER owners] for making it possible for me to stay here and to raise a large family. They are the greatest local owners in the business.”