Frazey Ford makes a very welcome return with her third solo album ‘U kin B the Sun’. It’s been more than five years since Ford released her last album ‘Indian Ocean’, and ten since her debut ‘Obadiah’. Up until now Ford is probably still best known as a former member of the dearly beloved, fondly remembered Vancouver trio The Be Good Tanyas. Her third album should go a long way to changing that and make her group life just part of a rich history that has brought her to this place in time and this musical offering. 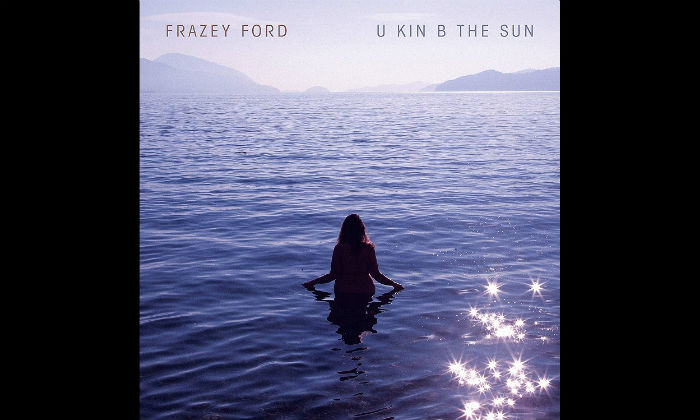 ‘U Kin B the Sun’ is a sumptuous mixture of subtly blended influences and genres that gives up a gloriously satisfying plethora of sublime songs. Ford takes in soul, gospel, country and pop to deliver a smooth and smouldering album that is characterised by its inherent quality. The production is as slick and polished as you could ask for and serves brilliantly to extenuate the soulful inflections that Frazey delivers up.

The eleven track album is engaging from the opening single ‘Azad’ through to the close out title track but there are three stand out songs that make this album something really special. The defiant rallying call of the provocative and politically charged ‘The Kids Are Having None Of It’ is as good a protest song as you’ll hear all year. Frazey’s increasingly intensified vocal captures the essence of the song as it builds through gently strummed guitar into a more pointed and confrontational climax. ‘Money Can’t Buy’ is smoother, more soulful and chilled down to perfection. Ford draws you in with a seductive, soft vocal and keeps you hooked with a deft arrangement. The final track of the three that properly stand out as highlights is ‘Holdin’ It Down’. You can almost hear Joan As Police Woman singing this song. The soul soaked, piano led track is so suited to the inflection and nuances of Ford’s voice that it defies you to not play it on repeat.

‘U Kin B the Sun’ is an album rich in texture and depth and one that quite obviously, and unapologetically, plays to Frazey Ford’s strengths. A very early, but very strong contender to be considered for your 2020 albums of the year list come December.