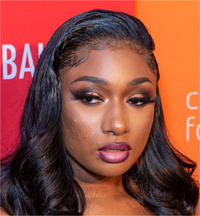 
Breakout rap and reggaeton artists cemented their place at the top of the streaming music charts in 2020 and continue to dominate year-end “most streamed” and “best of 2020” lists, according to a new analysis by the DIGITAL MEDIA ASSOCIATION (DiMA).

The review of year-end data and charts from DiMA’s member companies – AMAZON, APPLE MUSIC, PANDORA, SPOTIFY and YOUTUBE — found that RODDY RICCH, LIL BABY, BAD BUNNY and MEGAN THEE STALLION were among those with the highest numbers amid the streaming revolution. Notably, all four artists have rapidly reached mainstream fame within the past three years.

Additional findings from the review of the year-end lists of DiMA member organizations include:

DMA CEO GARRETT LEVIN commented, “The superpowers of music streaming continued to drive music from both new and familiar artists forward in 2020. This year, while the world of live music faced unprecedented challenges, we again saw growth in the number of fans eager to engage with the creators they love and discover new artists via streaming, while the quality and quantity of music available to consumers is growing every day. Led by breakout stars such as RODDY RICCH, BAD BUNNY and MEGAN THEE STALLION, artists and their fans continue to enjoy the benefits of the streaming revolution across the music industry.”